Douyin is the app by ByteDance, a Chinese company, in 2017. ByteDance merged with Musical.ly to release Douyin. Based on this app, TikTok released an international version of it. TikTok allows users to watch or make short videos that can go on for at most 3 minutes. You can make or watch videos from a variety of different genres. TikTok arranges the app with your preferred genres in the “For you” feed. However, ByteDance is responsible for the AI algorithm, which helps the app to arrange the app according to the user’s preferences and choices. They sell this algorithm to various other companies.

In 2018, TikTok became so famous that it was considered the most downloaded app in the United States. By 2019, it had 1 billion downloads worldwide. India was responsible for 40% of downloads. Moreover, It gathered the attention of the audience in every country. There was a case on TikTok where it was revealed that TikTok sends personal information to China. However, The Madras High Court also requested the Government of India to ban TikTok as the youngsters of India are getting spoilt by this. Moreover, TikTok is showing pornography and inappropriate content, which is not good for the kids. In India, TikTok got removed by Apple and Google stores on 17th April. TikTok Might Give Tough Competition To Apple and Spotify

TikTok will release its music streaming app, giving Apple and Spotify tough competition. In May 2022, ByteDance gave a trademark application to the US Patent and Trademark Office. The application was named “TikTok Music.” Moreover, It will let the audience purchase, play, and share the music. It will also recommend the user’s music according to their preferences and choices.

Read More about Tips to save yourself from Digital Banking Fraud

Everyone is waiting for the TikTok Music release. TikTok is a big name in entertainment apps. However, Its music streaming app would also be popular as the app itself. It would be great if they had the option of listening to the music which is used in the TikTok videos. It is not confirmed if TikTok Music will be entirely based on the Russo app or if it will offer something original to the users.

This was all about the TikTok competition with Apple and Spotify. Meanwhile, Stay Tuned to Analyzing markets for more updates and the latest information. 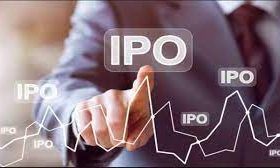 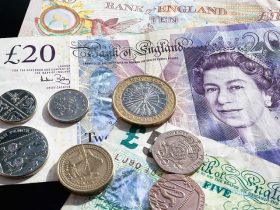 Oldest Currency In The World That Still In Use