Did you watch Kornél Mundruczo’s Pieces of a Woman? The movie revolves around a couple who lose their newborn during childbirth. You and I can only imagine the excruciating pain that comes with such a loss. The movie stars Shia LaBeouf, who plays the role of Sean, and Vanessa Kirby, who is seen as Martha. If you haven’t watched the movie yet, then I suggest you do so immediately! It is a wonderful piece of creation by Mundruczo. You can catch Pieces of a Woman on Netflix as it is streaming there now.

The movie starts off with the young couple expecting their baby anytime now. The interesting bit is that they have mutually decided to opt for a home birth. Within the first 30 minutes of the movie, a lot of major events occur. Martha goes into labor as her water breaks. She is having horrifying contractions and can be seen in extreme pain.

An unfortunate turn of events in Pieces of a Woman

The couple is waiting for their mid-wife, Barbara, to arrive and get the process started. However, they receive some upsetting news. Barbara can’t make it on time, and she is caught up elsewhere. Barbara arranges for another mid-wife, Eve. Eve’s character is played by the talented Molly Parker. Eve is also a trained and successful mid-wife. Eve comforts Martha and Sean, and she makes sure they know that she is well-aware of the process.

Martha’s contractions become more and more painful with each passing one. Sean, on the other hand, tries his best to distract her. He tells her very lame dad jokes; they seem to do the work for a few seconds. The baby is finally delivered by Eve. Everyone in the room takes a deep breath. They are all relieved as they hear the baby’s first cry.

The movie’s shooting is done incredibly well because the entire scene of Martha giving birth is shot in a single long take. The audience experiences the entire process; they feel like they are a part of it. It gives them more of a chance to relate to the characters in the movie. If you have watched the movie, then I am sure you were anxious the entire time.

What is Wrong with the Newborn?

Just when they thought the worst is over, Eve notices something very unusual with the baby. The camera focuses on the characters individually for a while. It shows how Martha is in unmeasurable pain while being desperate to hold her baby and be a mother. Sean is in distress the entire time, whereas Eve’s anxiety starts to grow with every passing second.

At first, the baby’s heartbeat could be heard very clearly but only for a few minutes. The next thing we know is the baby’s heartbeat starts to vanish. It cannot be heard as clearly anymore. Soon the baby girl’s glowing pink skin turns pale and then blue. She is taken to the hospital. However, she passes away. This marks the end of the first part of Pieces of a Woman.

The death of the baby girl deeply changes three lives that day. Eve is faced with charges of manslaughter as well as neglect. Though, the baby’s death isn’t her fault. The doctors are unable to find out the cause of death. Martha is shattered. Sean reverts back to his previous lifestyle of drug abuse. He also has an affair with Suzanne, who is Martha’s cousin.

This is the breaking point of Martha and Sean’s relationship. Martha’s overbearing mother wants Martha to grieve and get over her loss. Sean was coming in the way, so she pays Sean to leave and never come back to Martha. He leaves.

Martha takes baby steps towards healing. She is also called to the court; she appears before the judge and asks not to punish Eve because she did the best she could in favor of the baby girl’s well-being. Martha is finally able to accept the situation as it is. You may have seen apple during the second half of the movie. You may be wondering why does it keep coming, and what does it mean? The role of the apple is symbolic. Apple symbolizes both life and death. The apple seeds that Martha intends to plant in the ground bloom once Martha is successful at coping with her immense pain.

Read More: Finest Korean Movies To Watch On Netflix Like The Call (2020)

What does the Ending of Pieces of a Woman Signify?

The ending of the movie is definitely very thoughtful and one of the best you will ever see. After a few short years, we can see a little girl climbing and making her way to the top of an apple tree. The tree is full of glowing deep red apples and luscious green leaves. It is a fully grown tree at the same spot where Martha had sown the seeds. It signifies growth with the passage of time. Growth of Martha along with the growth of the tree. Martha is seen experiencing life from a different perspective.

Martha is successful in overcoming the traumatizing events of the past. The weight of her sorrowful past has finally come off. By the looks of it, she and her mother Elizabeth, have also reconciled. Martha is surrounded by family at the end of the movie. Little is known about the little girl; however, it seems like Martha has adopted a little girl. She can finally enjoy the feeling and experiences of motherhood.

We will be back to explain more wonderful stories; stay tuned with us, and you will come across more such tales.

Read more: The Movies that Proves Robert Pattinson is more than just Twilight.

Soumya
View More Posts
I am witty and have a quirky sense of humor. My sense of responsibility is second only to my abilities to create content. I love watching movies and Tv shows, now you can see me write about them too. I am pursuing Journalism and Mass communication at Bennett University. You can reach me on [email protected] 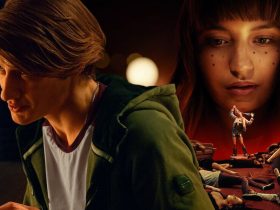 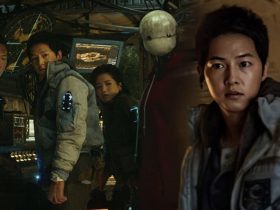 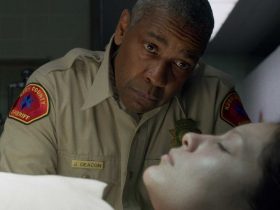 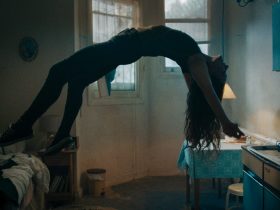