0
After a long wait for the drone service from Sony, which was followed by many rumors, Sony, in November last year, announced its plans for drone service under the name Sony Airpeak Drone. The main aim of the Sony Airpeak drone is still not known, but it is being said that the drone is being launched by Sony for the purpose of Videography and Photography. It was also said that due to advancing features of AI ( Artificial intelligence), Sony might have decided to enter this segment with its broader business idea that is not just limited to a single domain. Sony is successful in the field of video games, TV’s, cameras, mobile phone,s and much more.
It is also said that Sony had got the required permissions and patents of the upcoming drone, that it will be released. The market of the drone was already in place by companies like DJI and Skyido, which have developed their technologies far more ahead that means Sony has to do some extra work, but it doesn’t mean that Sony won’t do something great but indeed it will one of the best drones that will be coming in the market. We have discussed here the expected price and release date.

This information has been gathered so far from the press release of Sony that happened in November last year and other information on the official website of Sony Airpeak. The official features will be known only after 3 to 4 months hence.
Every Sony product has always been consumer-centric, which means if ever a customer buys a Sony product, it could be used to its fullest by the customer. In this regard, it can be said that Sony Airpeak Drone can be used to capture Live events, mapping, and surveying. The AI-based Drone is said by the company to be a project, at the press conference the company had in November 2020. The company highlighted that Sony Airpeak Drone is designed to support video creators to the extent due to which creators could expand their boundaries of creativities. The main aim of Sony seems to development of the entertainment industry, which it had done and witnessed in the past also through the camera and other projecting devices.
This is for the marketing, but the main aim also is something else than what is often projected out by the company. Sony is likely to compete in the aerial videography zone with the consumer-centric AI-based Airpeak Drone, which will surely be competing with its rivals like Skyido and DJI.
The company has also launched a teaser in which we can see the spinning rotor of the drone, with an edge shot of carbon fiber.
This product will surely be helping the video creators, which will definitely help them to expand their limits of creativity that what’s the company says to expand their new doors to aerial videography and photography.
Read More-Sony Now Owns The Anime Streaming Company, Crunchy Roll, With One Billion US Dollars Investment

The company hasn’t commented anything about the price of the new upcoming Sony Airpeak Drone. Hence, we have gathered some information about the Price of the drone that is currently prevailing in the market. The price may generally range from $120 for starting variant or the base variants, while the higher variant like the one from DJI that is Mavic 2 Pro is priced at around $1 599.
So, to date, we don’t have any information regarding the features of the drone; hence we can’t predict the exact price, but for the time being, it may be anywhere between this domain, as we have mentioned above. But, as the company says that the drone will be a consumer drone, that means that price may not be on the extreme side of the bracket. But nothing can’t be certainly committed.
About the release date, Sony, in its press conference on November 9, 2020, said that the drone named Airpeak could be expected in the spring of 2021, and regarding the features, the price may be known to customers 2 to 3 months prior to the launch.

Shashank Shetty
View More Posts
An engineering student, loves to write especially in field of Technology, Indian movies series and finance.I may be your Best advisor for Career related queries. 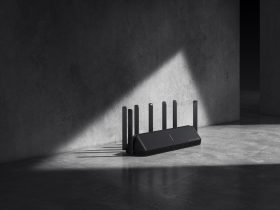