Who is Boity Thulo’s Boyfriend? Boity Thulo is a famous South African television personality. Born on April 28, 1990, in Potchefstroom, South Africa, Boity Thulo, popularly known as Boity, is a well-known celebrity. She was named as one of Forbes Africa’s 30 Under 30 for her contribution to both the music and entertainment sector in 2019. Boity Thulo got the fame after her debut single “Wuz Dat,” released in 2018 featuring famous rapper Nasty C.

She also signed a record deal with multinational record label company Def Jam and release her EP 4436 in 2020. The EP got so much recognition from the public and was nominated for Best Hip Hop Album at the 27th South African Music Awards. The famous rapper made her rapping debut on the Migos Culture Tour in South Africa on 21 October 2017 at TicketPro Dome. 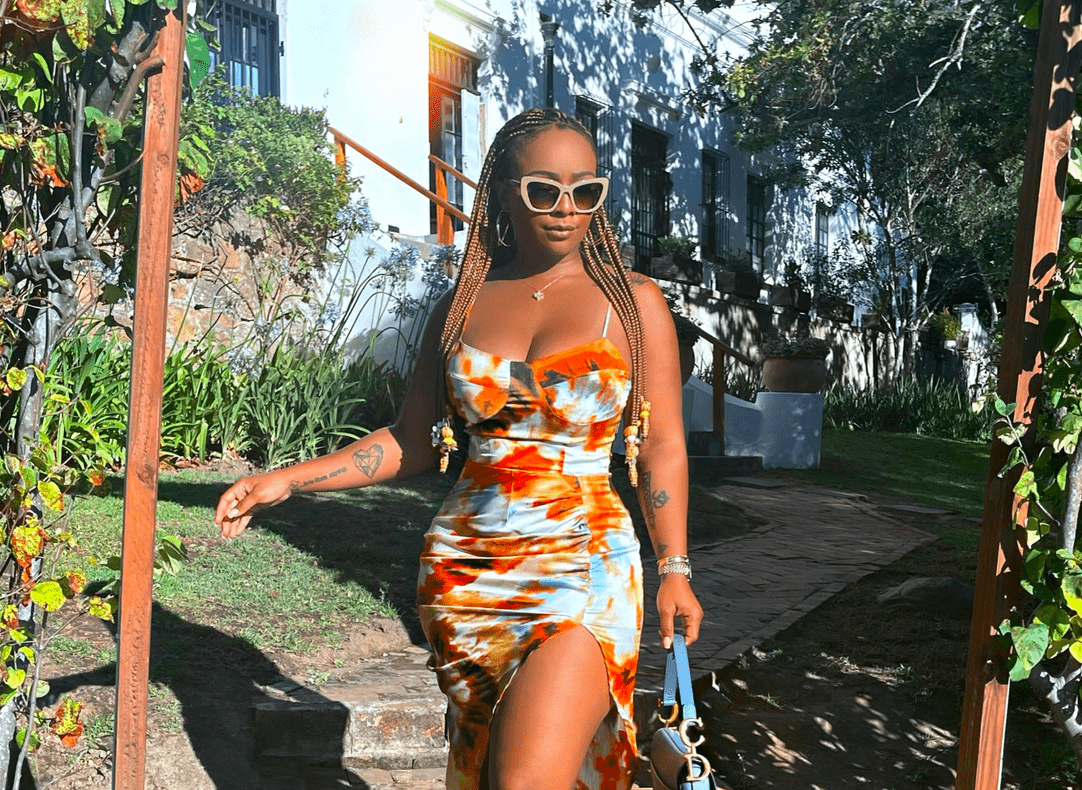 Boity Thulo was born in Potchefstroom, North West, South Africa where she was raised by her maternal grandmother. Thulo’s mother’s name is Modiehi Thulo, and she is only her daughter. The famous rapper studied psychology and criminology at Monash University, but later she has dropped out from further studies because her mother was unable to pay for her varsity fees. In 2010, she appear on a Wimpy Commerical as she signed early to a casting agency.

The famous rapper’s television career began when she presented the YOTV educational show “Crib Notes” in 2011. She was then a co-host on SABC 1 The Media Career Guide show, which she hosted along with Thomani Mahalaba. She also appears in several famous shows as a host. Famous shows like Ridiculousness Africa, Club 808, Change Down, Big Brother Africa, and many more.

In 2012, Boity Thulo starred in the drama series Rockville. A famous television of show of that time. She got her first role from this show. Thulo appeared for all four seasons playing “Mpho Bogatsu.” Her film career began in 2014 when she starred in a comedy short film Dear Betty, where she played the role “Betty.

” Thulo also was featured in the famous film Mrs. Right Guy where she played “Marie,” which was not a huge role.

The famous rapper made her rapping debut on the Migos Culture Tour in South Africa on 21 October 2017. As Migos were delayed by a few hours, Thulo joined the famous rapper Nasty C as one of the opening acts until the trio arrived.

On 30 August 2018, the rapper released her single debut album, “Wuz Dat,” featuring the famous rapper Nasty C. The song became soon one of the best and first-ever singles by a female rapper in South Africa to be certified Platinum. It makes the song the best-selling single of all time by a female rapper in that country respectively. It won several awards, including the South African Hip-Hop Awards, in the category of “Best Collaboration” in 2018. Thus making Boity Thulo the first and first lead female rapper to achieve this feat. She even released her second single titled “Bakae” on 8 February 2019.

She released her leading album EP 4436, centering mainly on Boity and containing features from Ricky Rick and a variety of other artists, on 4 December 2020. The album EP 4436 was nominated at 27th South African Music Awards as Best Hip Hop album.

It announced that Boity Thulo Concluded a deal with Def Jam Africa in 2020. She used Twitter to share this good news with her fans. The famous rapper announced her upcoming single “The yano way” on her Instagram account. The song will feature famous musical artist Daliwonga and Felo.

The famous rapper previously dated rapper Cassper Nyovest and are seen as having an on-again, off-again relationship. The pair even got engaged but then they called off their engagement and ended their beautiful relationship in December 2015. Thulo was hospitalized after fought with Bugy Bikwa, in October 2021.

The famous rapper Boity Thulo has rumored on dating Maps Maponyane. But the things turned completely opposite as Thulo is dating Anton Jeftha. Anton Jeftha is a well-known actor and model who are frequently seen with Thulo. He even recently posted her photo while celebrating her birthday. The two of them looking so cute together in the photo.

Piyush Modak
View More Posts
My name is Piyush Modak. I am 24 years young. In my free time I am a blogger, content writer, YouTuber, Lifestyle Guru and dreamer.