A British socialite best known for her relationship with Jeffrey Epstein, a financier, and convicted sex offender, Ghislaine Maxwell worked for her father, Robert Maxwell, until he died in 1991. At that point, she moved to the United States and became close friends with Epstein. She is the youngest of nine children born to Elisabeth, a French scholar, and Robert Maxwell, a Czechoslovak-born British media mogul, was born on 25 December 1961.
In 2012, Maxwell founded The TerraMar Project, a non-profit organization dedicated to ocean conservation. The organization announced its closure on July 12, 2019, a week after federal prosecutors in New York announced Epstein had been charged with sex trafficking.

Maxwell was charged with enticement of minors and sex trafficking of underage girls by the US federal government in 2020. On July 10, 2020, the US Virgin Islands Department of Justice announced that Maxwell was being investigated in the Caribbean territory.

A meeting with several accounts:

Robert Maxwell introduced his daughter to Epstein in the late 1980s, according to Epstein’s former business partner, Steven Hoffenberg.

Following “a difficult break-up with Count Gianfranco Cicogna Mozzoni,” Maxwell met Epstein at a New York party in the early 1990s, according to the Times.

In the early 1990s, Maxwell had a romantic relationship with Epstein for several years and remained close to him for decades. Their relationship’s nature is still unknown. Starting around 1992, several of Epstein’s household employees testified in a 2009 deposition that Epstein referred to her as his “main girlfriend,” who also hired, fired, and supervised his staff. Epstein’s staff has also referred to her as the “Lady of the House” and his “aggressive assistant.”

According to one of the disgraced socialite’s alleged victims, Maxwell, who is not known to be a mother, was allegedly pregnant at least once. In the ongoing sex trafficking trial of late pedophile Jeffrey Epstein’s alleged madame, the third of four accusers testified that she saw a photo of Maxwell “nude and pregnant” during one of the “100 times” she visited the dead billionaire’s Palm Beach mansion.

In court, she was shown a photo, but she claimed it was not the image she saw. Netizens have gone above and beyond to try and find the picture that might prove the existence of Ghislaine Maxwell and Epstein’s love child.  The woman, who only gave her first name, Carolyn, when questioned by defense attorneys at Maxwell’s federal sex-trafficking trial in Manhattan, said she’d seen several pictures of Maxwell “naked and pregnant,” emphasizing that there was a visible baby bump!

Larry Visoski, a long-time Epstein pilot who interacted with Maxwell regularly from the early 1990s to the mid-2000s, said he’d never known her to be pregnant.  Carolyn and Pagliuca had a brief exchange at the end of Carolyn’s arduous cross-examination by Pagliuca, who confronted her about apparent inconsistencies in her court testimony and previous statements to law enforcement and depositions. During her time at the Epstein house, the witness, who cried several times during her testimony, said she became addicted to cocaine and painkillers.

“My soul is broken, and so is my heart,” she said, referring to Maxwell’s alleged actions.

Believing the victim entails taking the accusation seriously. Look into the claims. Take the conclusions at face value.

Carolyn claimed that she was shut down and unable to express herself, as well as that being groomed by Maxwell was “disgusting.” In Ghislaine Maxwell’s sex abuse trial, the prosecution has rested its case. Maxwell will now have the chance to present her case in the high-profile trial, progressing faster than expected.

The trial will resume on December 16th. For her alleged role in recruiting and grooming four teenagers for Epstein to abuse between 1994 and 2004, Maxwell, 59, has pleaded not guilty to eight counts of sex trafficking and other charges. Because Epstein is no longer alive, her lawyers claim she is being used as a scapegoat.

While this appears to be far from the truth based on the victim’s testimony, it does appear that she is getting away with her crimes without having to face the consequences. The pregnancy claims seem to have been set aside, despite the fact that the victim is 100% sure of seeing those pictures. 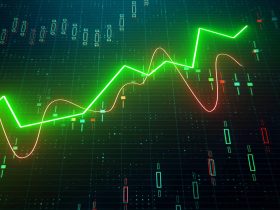