It presents its own set of difficulties to bring Kamala Khan’s story to life in all of its vivid, engrossing brilliance in a TV series format, especially with the numerous varied projects already making up Phase 4 of the Marvel Cinematic Universe. This assignment requires developing Kamala as a distinctive character that stays loyal to her comic book and cultural roots while crafting an engaging narrative that ties into the rest of the MCU. The creator of the “Ms. Marvel” series, Bisha K. Ali, does this and more, producing a fun, exciting entry that sets new standards for representation.

Kamala Embraces Her Authentic Self

Iman Vellani’s character, Kamala, has always been genuine in her interests: she is a devoted Marvel fan (much like Vellani in real life), a gifted sketch artist, and a very kind person. The conflict develops, however, as Kamala must balance her family’s worries, notably her mother Muneeba, with the potential of having superpowers and accepting the obligations (and hazards) that go along with it (Zenobia Shroff).

While Muneeba accepts her for who she is and places her trust in her, even sewing her Ms. Marvel costume, her father unintentionally gives her the superhero moniker while explaining how “Kamala” translates to “marvel” in Urdu. This episode of “Ms. Marvel” establishes a wholesome arc for Kamala’s parents. They support her during the large, terrifying battle with the Department of Damage Control, even though they are worried for her safety. They reiterate their pride in her for standing up for what is right.

Also Read: Johnny Depp Net Worth And Much More

While discovering the nature of Aisha’s (Mehwish Hayat) abilities and the truth about who she was, Kamala went through a lot of internal struggle and confusion. The words “Djinn” or “Clandestine,” however, are only labels and do not accurately capture who Kalama is because she is immensely more, as said by Waleed (Farhan Akhtar). When Bruno (Matt Lintz) tells Kamala about the “mutation” in her genes, she affirms this, saying that even though it is a significant revelation for the MCU and Kamala, it is only another facet of her contrapuntal character. 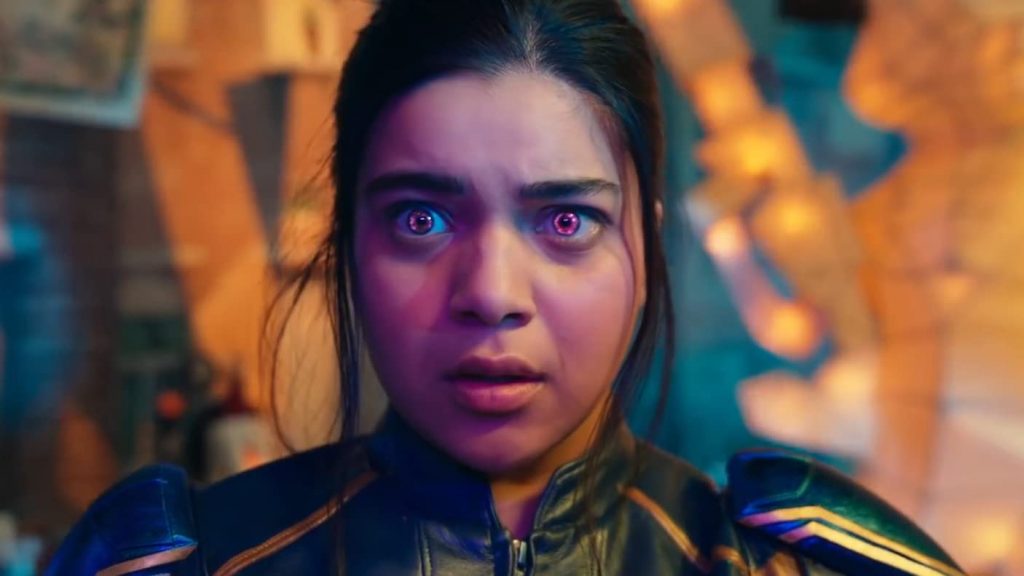 When Kamala’s father worries for her safety, she responds that she wasn’t raised to be a bystander when others need assistance. Since protecting Kamran (Rish Shah) and the others during the high-school brawl is at the core of who Kamala Khan is, she demonstrates this. Along with the teens, Aamir (Saagar Sheikh) stands up to support their plan, in which they devise a complex setup to stall the special forces pursuing Kamran.

When Kamala reveals to him the truth about Najma’s passing—that she devoted her life to shutting the Veil of Noor and giving Kamran the last of her abilities—it prevents what might have otherwise been a turning moment in Kamran’s narrative and the beginning of a potential villain arc. Even when Kamran loses control and comes dangerously close to possibly harming the villagers, Kamala heroically steps in to protect him. Kamran receives the support he needs as a result, and with the aid of Kareem’s (Aramis Knight) contact at the harbor, he can flee.