DAO, or Decentralized Autonomous Organization, is a type of organization that operates without a central authority. This is done through a process called voting, in which members of the DAO choose how funds should be used. Unlike regular organizations, where decisions are made by a small group of people, DAO decisions are made by the entire DAO community. This means that DAOs are open to new ideas and can be more flexible in their approach to problem-solving. So what are the benefits of using a DAO? Let’s take a closer look!

How does DAO Operate?

DAO is a decentralized autonomous organization which operates on blockchain technology. It’s a digital world where anyone can invest in projects and earn rewards for doing so.

DAO is owned by everyone who participates in it, and all profits generated are shared equally between all members. This means that DAO is completely democratic, with everyone able to make decisions democratically without the need for any intermediaries.

DAO also has a built-in mechanism called “The DAO Proposal Mechanism” (DPM) that allows anyone to propose new ideas or changes to the system. If the majority of members approve the proposal, then it will be implemented as part of the DAO codebase.

So far, DAO has successfully raised over $150 million worth of Ethereum tokens through its DPM, which represents a 51% attack risk. However, because these proposals are voted on by all members rather than just a select few, this risk was ultimately mitigated.

How DAO is Created?

DAO is a decentralized organization that works like a business entity. It’s built on blockchain technology, which allows it to be managed and governed by its members without the need for a central authority.

DAO is created when the members approve a proposal called a DAO contract. This contract sets out the terms under which the DAO will operate and contains rules about how votes will be cast and how funds will be used.

The first DAO was created in March 2016, and it successfully raised over $150 million in digital assets. This demonstrated the potential of the DAO concept, and since then, there have been several more DAOs created, each with larger budgets.

There are definite benefits to using DAOs – they’re cheaper and faster than traditional businesses because there’s no need for expensive infrastructure or employees. They’re also more democratic because all participants have an equal say in decision-making. However, there are some risks associated with them as well.

–if the rules governing a DAO are not properly designed, it could become unstable or even collapse completely.

DAO stands for Decentralized Autonomous Organization. It is a new kind of organization that uses blockchain technology to run its operations.

The pros of using a DAO include the following:

DAO is a new kind of investment platform that uses blockchain technology to allow investors to buy and sell shares in DAO tokens. The idea is that these tokens will give them voting rights and the ability to manage the company’s funds.

However, there are several cons to DAO that investors need to be aware of. For example, as of now, there is no clear plan for how the DAO will be managed or what value it will provide. In addition, it’s possible that they could be hacked or stolen – which would mean that all of the investor’s money would be lost.

Another potential con is that the DAO may not work as intended – meaning that it could end up being a worthless piece of digital paper. While these risks have yet to materialize, investors should take them into account before investing in DAO tokens.

Why should we care about DAOs?

DAOs, or decentralized autonomous organizations, are a new type of organization that is powered by blockchain technology. They are similar to traditional companies in many ways, but they have one big difference: they are run by smart contracts.

In other words, all the rules governing how a DAO operates are written into computer code. This makes them extremely secure and efficient because it eliminates the need for a centralized authority to make decisions. It also allows DAOs to be self-governing because they can make their own decisions without interference from outside sources.

As a result, DAOs have the potential to revolutionize the way we do business. They could help us solve some of the biggest challenges facing our societies today, like poverty, inequality, and wastefulness. And that’s not all…

DAOs could also play a role in accelerating worldwide innovation by enabling peer-to-peer collaboration between people who have different skills and knowledge. This would lead to more creativity and better solutions to complex problems. So far, there has been little evidence that DAOs do any of these things, but this is only going to change in the future as we learn more about them.

Why DAOs are the Future?

DAOs are a new kind of organization that combines the best aspects of both conventional organizations and decentralized systems. They’re called DAOs because they use a similar principle to that of a DAO – a digital asset that operates autonomously without any centralized control.

DAO-based organizations are intended to be more efficient and transparent than traditional organizations, as well as more resistant to corruption and fraud. Their decentralized structure allows for better flexibility and scalability, making them ideal for large-scale projects or businesses.

DAOs have already started to revolutionize the way business is conducted, and their potential continues to grow with each new development. They could eventually provide a solution to many of the problems facing today’s conventional organizations, making them one of the most important innovations in business in recent years.

You can say that DAO is a new business model in which a company’s profits are based on token sales and contributions from contributors. It’s a complex system that uses smart contracts for transparency and fairness.

The best part about this system is its high level of security and decentralization since no one person or group has control of the funds collected. 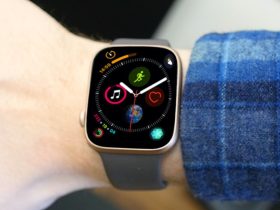 Apple Smart Watches Review, And Why We Should Buy Them